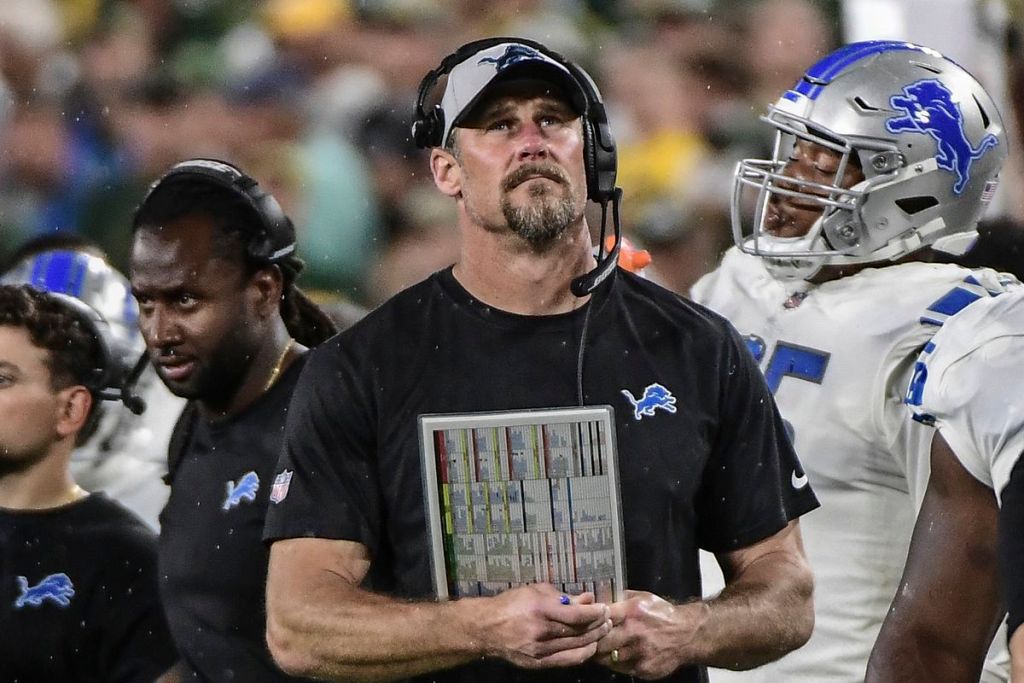 After every tie, the conversation is the same. How does professional football still have ties? Why is the NFL the only level of football to allow such an anti-American concept in the game? Nobody likes ties, get them out of the game. Overtime until someone wins!

Look, I get it. Coaches don’t like ties. Players don’t like ties. Fans loath ties. We all don’t like ties. Football is a game of winners and losers and there isn’t supposed to be an in-between. Despite this, The NFL needs to eliminate overtime (regular season only) and embrace ties, or at least learn to deal with them. Let’s look at why.

NO, ALTERNATIVES TO OVERTIME ARE NOT BETTER

College football implemented overtime in 1996, eliminating ties. Since then, there has been a myriad of attempted changes. Teams had to start going for a two-point conversion after a touchdown in the 3rd overtime. Starting in 2021, that became the second overtime while, starting in the third overtime, teams had to then alternate two-point tries to determine the winner.

This is a poor, and ultimately arbitrary, way to decide who is victorious.

Teams who excel in short-yardage situations are given an advantage in these situations while spread passing offenses are hindered. Ideas for field goal competitions have been proposed. This presents another arbitrary advantage-disadvantage situation. No matter the method, anything short of playing more, standard rules football, will not determine who the better team is, but rather who benefitted more from gimmicky rules.

The NFL has portrayed itself as being pro-player safety-driven since the reports of widespread CTE became national news. Many rules have been changed to lessen the chances of injury to the players. These include a ban on lowering the helmet to initiate contact, protections for defenseless players, and shortening the overtime period from 15 to 10 minutes in 2017.

With each game that goes to overtime, players on the field are required to sacrifice their bodies for an additional 10 potential minutes of game time, on top of the 60 minutes of punishing hits they had already endured. If a primary goal of the NFL is player safety, not extending a game should be a focus.

1,174 regular-season games have been played from the 2017 NFL season through Week 10 of the 2021 season. Of those 1,174, just 62 have reached the end of regulation with the score tied. Five of those games resulted in a tie. That’s less than 12 overtime games each year.

COACHES WILL TRY TO AVOID A TIE AT ALL COSTS

There are other tie-limiting factors to consider as well. In 2018, Indianapolis Colts head coach Frank Reich famously left his offense on the field to attempt a 4th and 4 from their own 43 yard line in overtime against the Houston Texans. With just 27 seconds left in the extra period, the attempt failed. The Texans won on a field goal as time expired. Reich said after the game: “We’re not playing to tie. We’re going for it 10 times out of 10.” While this was more of an exception than the rule, it was not an isolated incident.

Later that season, then Los Angeles Chargers head coach Anthony Lynn attempted a 2-point conversion with four seconds left in regulation. Down one point in Kansas City to the Chiefs, Lynn did not want to take the risk of giving the ball to Patrick Mahomes in overtime. That fear had quality reasoning behind it.

Winning the coin toss is random and unpredictable. With each coin flip, the away team has a 50/50 chance of guessing correctly and, because of this, winning a game in overtime is far from random. Since 2017, teams that won the overtime coin toss are 35-22-5 (.605). Football is a game of inches. A 20 percentage point swing is monstrous and outside the bounds of standard variance. In 2021 alone, coin toss winners are 9-4-1. Overtime doesn’t decide who was the better team, it decides which was luckier.

TIES ARE THE ULTIMATE PLAYOFF-SEEDING TIEBREAKER

Entering the final week of the regular season, playoff-clinching scenarios articles are in abundance. Every possible outcome is accounted for including which tiebreakers would be in play. Sporadic ties eliminate the need for those tiebreakers. The 2017 Buffalo Bills punched their postseason ticket on a tiebreaker with the Baltimore Ravens. Had those Bills tied with the Colts in an overtime game they won earlier that season (after winning the overtime coin-toss), and the Ravens tied with the Chicago Bears in a game they lost in overtime (Chicago won the overtime coin-toss) a more deserving Ravens team would have been in the playoffs.

In Week 9, 2021, The Ravens hosted the Minnesota Vikings. The game lasted 69 minutes, 44 seconds. The Ravens won on a Justin Tucker field goal (after winning the coin toss), beating the Vikings 34-31. Just four short days later, that same Ravens team flew to Miami to take on the lowly 2-7 Dolphins on Thursday Night Football. Hard Rock Stadium was humid, hot, and mucky. Favored by 8.5 points, Baltimore came out flat, eventually losing 22-10 in a game the score did no justice. Thursday Nights are extremely hard on NFL players’ bodies (a case for eliminating those another time). Adding extra wear and tear only worsens the turnaround.

Not every game deserves a winner and a loser. If, after 60 minutes of game action two teams are even, so be it. Players should not have to sacrifice their bodies for additional game minutes without compensation. A loss should not be assigned to a team because the NFL arbitrarily extended their game. A team should not win because they won a 50-50 luck-based proposition. Other sports have recognized this. MLS awards three points for a win and one for a draw. The NHL rewards an overtime loss with one point. MLS plays twice the amount of games as the NFL while the NHL plays nearly five times as many. With NFL teams playing 17 games, and the noted randomness of overtime, too much is at stake to leave even one game riding on chance.