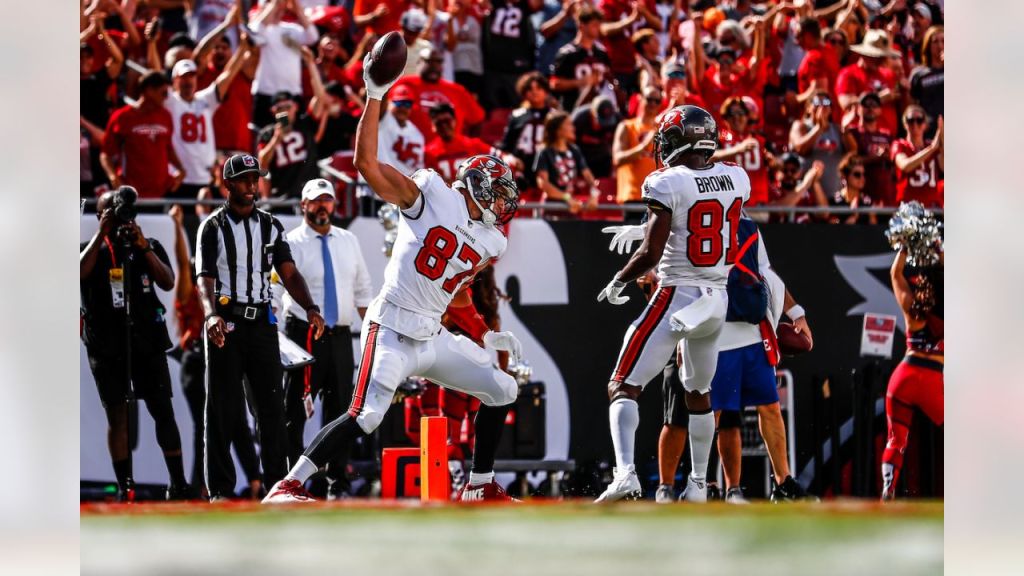 After a shaky week 1 debut that saw Dak Prescott slinging the ball all over the defending champion’s yard, the Bucs defense stepped up to the challenge and sealed the game late today against Matt Ryan and the Atlanta Falcons. Despite being rushed and hurried from all angles throughout the game, Ryan maneuvered and manipulated the pocket to near perfection, only taking one sack on the afternoon. l

Today it was the secondary that led the Bucs to victory. In addition to Sean Murphy-Bunting suffering a gruesome injury in week 1, Carlton Davis was questionable to suit up entering the contest. CB depth was thought of as the major weakness on the Super Bowl defending Buccaneers.

In the words of the great Lee Corso, “not so fast my friend.”

Former Kentucky Wildcat and 2019 3rd-round selection Mike Edwards had a career day in front of the home crowd at Raymond James Stadium. The ball game was very much in flux at the end of the 3rd quarter, with the Buccaneers nursing a 28-25 lead and momentum at a standstill. Edwards put the game away singlehandedly by scoring two pick-six touchdowns across only three possessions in the fourth quarter.

Edwards’ first pick came in coverage, and his second was on a blitz with his DB compadre, Carlton Davis. The young safety is among the league’s leaders in INT % per snaps played since entering the league, and he was a major factor in the three-safety game plan that secured last year’s SuperBowl Championship.

Another Day, Another 30 Points

Oh, by the way, Tom Brady and the offense put up another 30 point performance. This was the Bucs’ sixth consecutive game scoring over 30 points, dating back to the 2020 playoff run.

Tom Brady, notably good at football, threw for 5 TDs and 276 yards on only 36 passing attempts. This adds up to a 129.2 passer rating and makes him, as we’ve noted, good at football.

Gronk and Evans each secured buy-one-get-one deals on tuddies today. The Falcons had no answer to the embarrassment of riches that Tampa has on the offensive side of the ball. Godwin reached the endzone in the contest as well thanks to a dime from Tom Brady. The Buccaneers had their first 5 TD passing performance since Jameis Winston beat the Eagles in Philly in 2015. Mike Evans scored a touchdown in that game as well.

The Bucs looked like the Bucs on offense today. Brady was efficient, receivers got open, the RB corp was maddeningly inconsistent, and the offensive line effectively protected Brady on all but a few snaps. The Falcons did manage three sacks and five total QB hits against the offensive line today, but it wasn’t enough to rattle the man with all the jewelry under center.