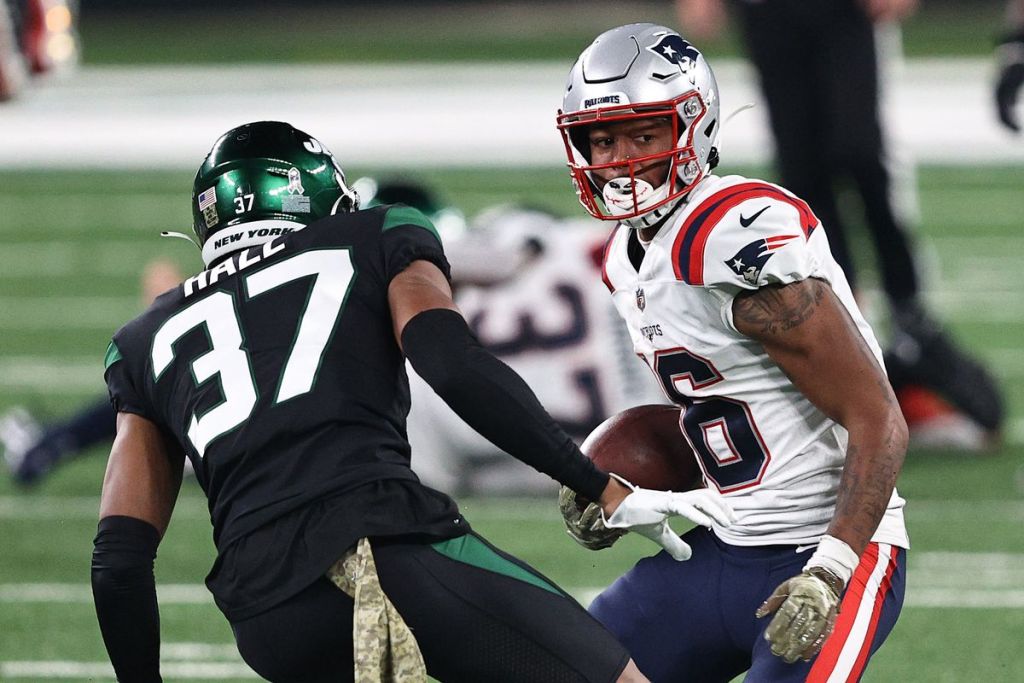 The New England Patriots suffered a tough break against the Miami Dolphins in the season opener last week. Just as they were driving down to take the lead late in the fourth quarter, running back Damien Harris committed a sin in the book of Belichick and fumbled the ball. Spoiling a rather impressive debut for rookie quarterback Mac Jones, and ensuring the game would finish 17-16 in a Miami win. Turnovers were a killer for the Patriots last week, losing two fumbles. Ball security was surely a focus in practice this week.

With several days to refocus, they aim their sights on another AFC East rival in the New York Jets. They suffered a bit of vengeance of their own in a 19-14 loss last week to Sam Darnold and the Carolina Panthers. The Jets also debut a rookie quarterback in BYU product Zach Wilson, who is under the tutelage of former 49ers defensive coordinator Robert Saleh. The Jets are no longer the Jets of old, again. I feel as though we say this every three or four seasons. Since the days of Rex Ryan and Mark Sanchez, the Jets have not been able to figure it out. They’re currently in a 12-year playoff drought, and something has got to give. They sure do make Patriots fans count their lucky stars with the 20 years and six Super Bowls they got out of the Tom Brady– Bill Belichick era.

The Patriots need to make the most of this opportunity. A first-year quarterback, a first-year head coach, and a rebuilding roster. Belichick and company should be licking their lips at this opportunity. Let’s not delay this preview anymore, shall we? Set it up, Bailey. Let’s get this one underway!

3 Keys to The Game

We touched on this a little bit in the introduction. If it wasn’t for a costly fumble, the Patriots would be the leaders of the AFC East right now. Mac Jones did a really nice job playing smart in his debut last week. There are maybe one or two moments where he made some dumb rookie mistake. Harris and Rhamondre Stevenson have to protect the ball though. Stuff like last week cannot continue to happen, and I’m sure Belichick didn’t let them forget it. Let’s not give the Jets a reason to make this a game like last year, where a washed-up Joe Flacco passed for 263 yards and 3 touchdowns. Just be smart, and limit the opportunities that Wilson has to make a big-time play. Don’t let the possession end at the doing of the offense’s own mistakes.

It’s no secret that Bill Belichick loves to devour rookie quarterbacks. His record against them is almost impeccable (thanks Geno Smith and Tua Tagovailoa). Zach Wilson should be no different in Belichick’s plan to confuse the hell out of young quarterbacks. The defense should look dominant even without linebacker Kyle Van Noy.

Listen, I’m just as big a fan of the Butt Fumble jokes as much as the next. But even the redheaded stepchild of New York can sneak up on the Patriots. New England isn’t in any place to be bragging themselves. Losing their opening matchup because of two fumbles. The Patriots should be chasing perfection just as hard as they usually do. There’s no reason to play down to our competition. They have a flashy wide receiving core that should provide some frustration. The Pats are not the Steelers. They should be treating every opponent with the same amount of preparation. If not more for a division rival.

Center David Andrews is going to play a big role in MetLife Stadium on Sunday. He’s going to be going up against one of the best young defensive linemen in the game with big Quinnen Williams. As the captain of the offensive line, Andrews is going to have his hands full. I’m not a genius when it comes to the technique and skill of being an offensive lineman. But Dirty Dave has it. So much so that he’s a perennial Pro-Bowl candidate and the team captain for the team. If Andrews is able to keep it all together and protect Mac Jones, the Patriots will be sitting pretty offensively against a pretty horrid Jets defense.

The Patriots and the Jets have a rivalry that almost seems comical at times. Since the days of Parcells, these two franchises have a beef rivaled by few. Sparking by the resignation of coach of two days Bill Belichick because Parcells hid the interest of Bob Kraft and the Pats when he was being promoted. Writing his resignation speech on a napkin just minutes before going up to the podium. This followed with a legal battle and an eventual trade to send Belichick to the Patriots.

Since then, Belichick and the Patriots have won six Super Bowls, 17 AFC East titles, and countless other memories. The Jets’ biggest moments were in the 2009-10 seasons where they made the AFC championship under Mark Sanchez and Rex Ryan. Since then they haven’t done much more than sniff the post-season. I think it’s safe to say New England won that trade unquestionably.

As for the year 2021, I can’t see this game ending in a Jets win. There are too many roster concerns for them, and the Patriots are hopefully coming in as disciplined as ever. I see Belichick’s football mastery being a bit overwhelming for the tag team of first-timers in Saleh and Wilson. Should be a fun day in East Rutherford though. Not a blowout by any means.