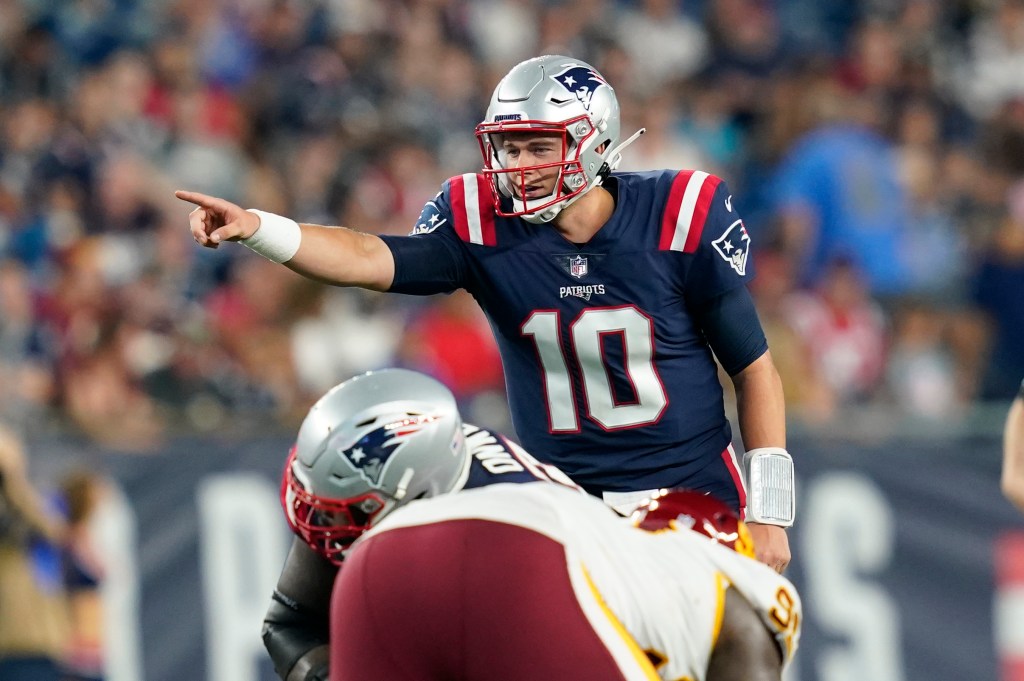 The New England Patriots picked up a big preseason win against the Washington Football Team Thursday night. In a decisive 22-13 win, the Patriots looked as good as ever with a huge Rhamondre Stevenson toss to the outside to ice it. Completing drives, forcing turnovers, and simply just playing smart football. There are five key moments I’d like to shed some light on. Let’s go over the big takeaways from the first action in Gillette Stadium since December.

Quarterback Mac Jones performed about as well as I could have hoped. He went 13-19 on his passes in his five drives. Jones could have even had a big touchdown if rookie receiver Kristian Wilkerson was able to haul in a deep ball. He was smart with the ball while being quick and decisive. I don’t want to get too hyped up over a preseason game, but McCorkle showed up when he was called upon. While the fans loved him. When it looked like the game might be tied at 15-15 with 1:30 left in the fourth quarter, fans (including myself) roared “WE WANT MAC!”. This is a good sign. He might be putting Newton on the hot seat as we speak. It’s only one preseason game, but the headlines write themselves.

#2: Jalen Mills Is Not That Guy at Corner

Defensive back Jalen Mills is a swiss army knife for sure. He can do all sorts of different things on the defensive side and I see the appeal. But he can not replace Stephon Gilmore. He played opposite of J.C. Jackson at corner, and he got torched by Terry McLaurin. I’m not saying Mills is a bum, but he can’t be our Gilmore fill-in until he gets healthy and a new contract. JoeJuan Williams had a big interception last night, maybe try him out against the Giants next week. But it’s been known Mills isn’t a great corner. We can’t force the square peg into the round hole with this one.

On the game’s first offensive possession, Cam Newton was strip-sacked because Isaiah Wynn fell asleep and Chase Young blew past him. This wasn’t the only time the offensive line collapsed, but it’s the moment that still sticks out to me. This line has the potential to be a top-five unit in the NFL. There are obviously still some kinks to be worked out, and they have a handful of weeks to do so. But too often the Patriots’ line both starters and depth just got beat for no good reason.

I was expecting to see more Rhamondre Stevenson in the Patriots preseason opener, but J.J. Taylor seemed to be more of the man of the night. He caught passes as well as anybody with five receptions for 31 yards. He also showed some potential on the punt returns. I’d like to see more designed runs for him and just get. a look on how useful he could be for the Patriots. The second-year running back could see more use as a James White type if he keeps it up. He’s got me interested in more, that’s for certain.

I’ve never claimed to be an expert on the kicking of football. I likely never will, but Quinn Nordin looked excellent in his Patriots debut. Kicking two field goals (one from 50, another from 40) and missing just one PAT. Again, we don’t want to be dramatic about just one game, but we’ve seen how bad kickers have been around the league. Some teams are already having doubts about their situation. We have Nick Folk on the sideline at the moment. Then having Nordin showing out in preseason? The Patriots are in great shape on special teams heading into 2021. Just as long as we turn down the stupid false start penalties, which were a problem all last year too.