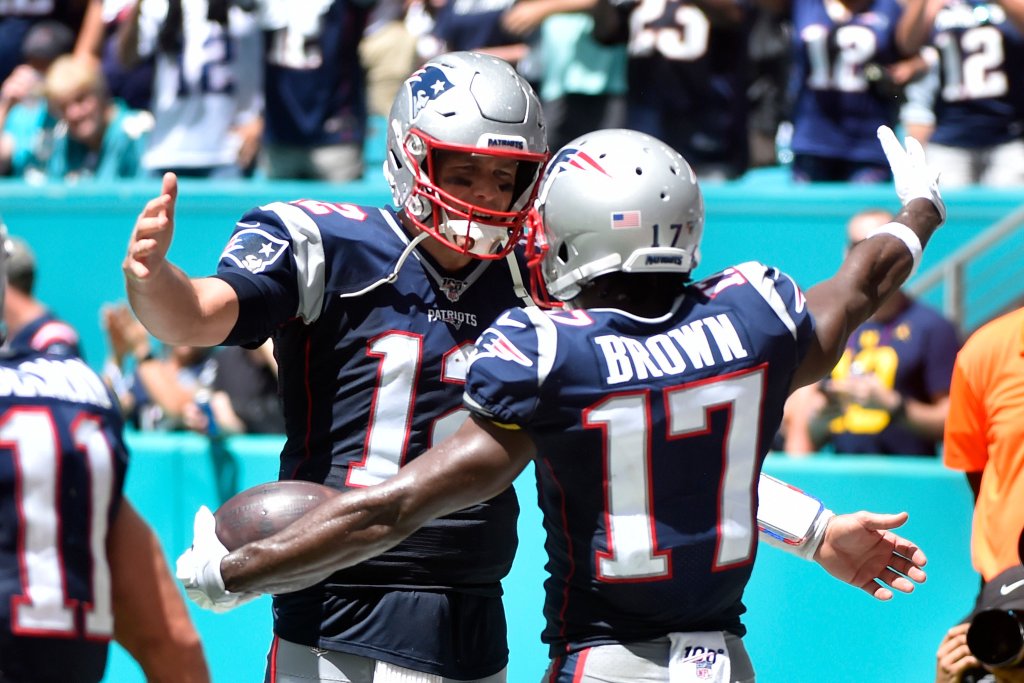 The GOAT Disappoints in Return to Foxborough

Most Anticipated Game Ever?

Sunday night was a quintessential cold and rainy fall night in Foxborough. But the nippy weather didn’t matter to the sixty-six thousand fans packed into a full Gillette Stadium; they were there for something bigger.

For four gripping hours, the entire sporting world stood still in wonder of, perhaps the most hyped up regular season game of all time. In the midst of the dreamlike night, an emotional New England crowd, arms wide open, welcomed back the man who had for so long been the source of their happiness. The GOAT.

But boy did Antonio Brown disappoint.

Despite a respectable box score of 7 catches on 11 targets for 63 yards, it’s impossible to ignore the fact that Brown jealed for a good portion of the game.

Brown saw most of his initial production come on quick hitters while matched up against Jon Jones, the New England Patriots’ primary nickel corner. Despite Jones playing most of his career snaps lined up in the slot, he tracked Brown around the field on Sunday night in a direct man-to-man matchup.

Nearly half of Brown’s yardage came on a single 27-yard deep throw late in the first quarter, during which a perfectly placed back shoulder allowed Brown to separate at the last second from Jones.

After a few more quick throws, Brown had a chance to shine in the red zone before the end of the half. However, he dropped two (admittedly poorly placed) back shoulder bullets that forced the offense to settle for field goals.

On a big third down early in the third quarter, Brown finally made a big play on a 44 yard catch… only for it to be called back due to a hands-to-the-face penalty on the left tackle.

Brown’s return to New England was a filled with missed opportunities. His inability to convert in big moments became most evident on the Tampa Bay Buccaneers’ last offensive drive.

After a miscommunication on deep throw on second down in the red zone, Brown had a chance to redeem himself. On third down, quarterback Tom Brady (fun fact, Brady used to play for the Patriots) threw a deep strike that surgically hit Brown in the worst place possible: his hands. Of course, Brown dropped the dime, ruining what could’ve been his signature moment in his return home.

Though this will go down in the stats sheets as a routine game for the receiver, there’s no doubt that New England fans will be talking about the disappointment of Brown’s mediocre return for years to come.