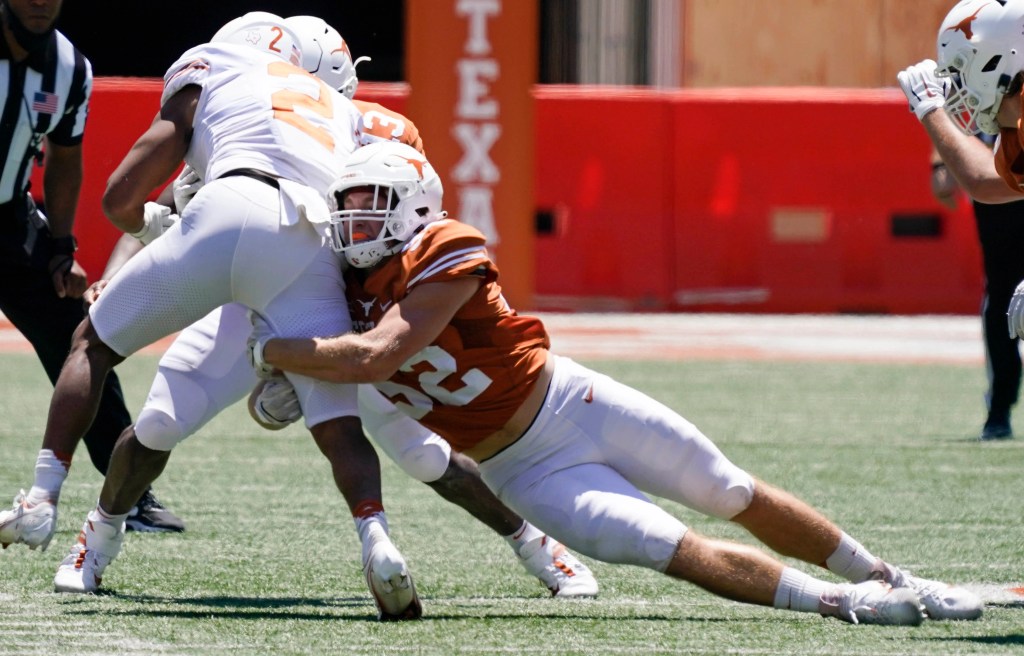 Everyone knows the common theme of Bill Belichick and the New England Patriots being the best at finding under-appreciated stars throughout college football.

Whether it is J.C. Jackson, Malcolm Butler, Gunner Olszewski and (hopefully) Cole Strange, the Patriots have a knack at finding solid contributors through the world of collegiate football.

Well, they are already getting a head start on the 2023 NFL Draft and the incoming prospects.

According to a source, the Patriots have expressed interest in Texas senior linebacker Jett Bush.

Bush, who joined the Longhorns program as a preferred walk-on, is now on scholarship and is a key member of this Texas team, which recently competed with No. 1 ranked Alabama down to the final whistle.

The Longhorns have sent two players to the Patriots organization this past season, as WR Lil’Jordan Humphrey was signed to the active roster this past week, joining fellow Texas alum Brenden Schooler.

Schooler played on the defensive side of the ball with Bush, who has played in 33 games in Austin. Bush also has one career sack and one forced fumble to his name.

The current linebackers in the Patriots locker room are set to go through some changes after this season, as Raekwon McMillan, Jahlani Tavai and Mack Wilson Sr. are all set to face free agency come March.

On the field, the Patriots are planning to compete against the Pittsburgh Steelers, but behind closed doors, the front office and scouting department has been working hard to bring in the next crop of New England talent.