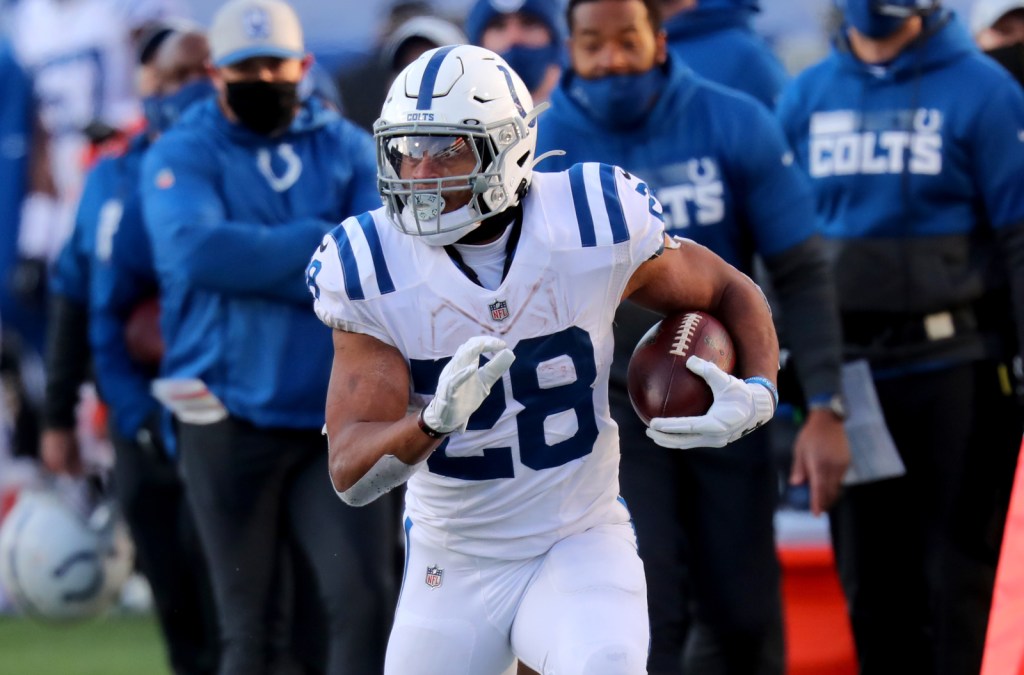 The 2021 NFL season is approaching, as such the 2021 fantasy football season is also on the horizon. In this article, I will outline the top 20 running backs to target in your upcoming fantasy draft:

Carolina Panthers running back Christian McCaffrey remains the top choice not only at running back but in the entirety of fantasy football in your drafts. The Stanford Cardinal product produced a historic fantasy season in 2019 following up a stellar 2018. Despite McCaffrey’s injury woes last season, he should top your draft board.

Followed closely behind McCaffrey is the Minnesota Vikings’ Dalvin Cook. Cook is primed for another excellent season having been an incredible fantasy back whenever he is on the field. He should be the second player off the board in your fantasy football drafts.

Jonathan Taylor of the Indianapolis Colts sits third on this list due to enjoying a blistering home stretch of the season in 2020 after being given the reigns as the team’s lead ball carrier. The Colts have the easiest schedule in terms of rush defenses, and Taylor should feast.

Derrick Henry is the fourth running back to come off the board, as the Alabama Crimson Tide product looks poised for another monster season, having broken the 2,000 rushing yard barrier in 2020. Henry’s lack of upside in the passing game keeps him from being any higher on this list but you should have no hesitation slotting him as your RB1.

Saquon Barkley of the New York Giants rounds out the top five because of his elite talent in both the running and passing game. Despite his torn ACL in 2020, the G-Men’s tailback is poised for an extremely productive season.

The New Orleans Saints’ workhorse slid a bit because of the riches available at the top of the running back position. Kamara is a bonafide top fantasy option as he provides exorbitant upside in the passing game.

Najee Harris is poised to enjoy a massive rookie season as the 2021 first-round draftee slots into an offense that is historically conducive to running back success. Harris also will have the advantage of an extremely easy schedule and should comfortably be taken in the first round of drafts.

Nick Chubb is an extremely safe bet at the top of your fantasy football drafts. The former Georgia Bulldog is the leader of a potent Cleveland Browns’ rushing attack and looks to build on his already great career thus far. Perhaps the best pure runner in the league, Chubb is a great pickup.

Antonio Gibson is in a prime position to break out this season. He was extremely successful in 2020 when given the reigns of the Washington rushing attack, and with high receiving upside, he is a top choice.

The Green Bay Packers running back is poised to produce another solid season with Aaron Rodgers committing to the team for one more season. Jones is a touchdown machine with awesome receiving upside, managers drafting at the bottom of the first round should be confident in selecting him.

Ezekiel Elliott is in line to churn out a bounce-back season with star quarterback Dak Prescott back at the helm. Elliott is a much better player with Prescott under center and should be expected to perform at a high level.

JK Dobbins is ready to take on the workhorse role in the frightening Baltimore Ravens’ rushing attack. The Ohio State product will produce a stellar season alongside quarterback Lamar Jackson and establish himself in the NFL.

The sophomore Lions running back is in line for a total breakout season. Swift averaged 4.6 yards per carry in 2020 and should produce at an extremely high level leading the offense.

David Montgomery projects as one of the safest bets in fantasy football. For what should be third-round draft value and Montgomery provides extremely reliable and solid production.

The pass-catching Ekeler is a very solid choice in your drafts because of his usage and rapport with Justin Herbert. Ekeler provides very good value for your team and projects as a second or third-round choice.

Clyde Edwards-Helaire of the Kansas City Chiefs should enjoy an improvement on his rookie campaign. Although Edwards-Helaire did not enjoy requisite usage in 2020, and that should change in 2021.

Miles Sanders is a reliable choice in your fantasy drafts with good value in the third round. Sanders provides both rushing and receiving upside that translates to fantasy success and will be relied upon next to Jalen Hurts.

Joe Mixon should finally have the solid, consistent season fantasy managers have been waiting for. Mixon’s production should steady in 2021 with Joe Burrow returning and Cincinnati reloading on offense in the draft.

Myles Gaskin of the Miami Dolphins will enjoy a stellar season as the focal point in Miami’s rushing attack. Gaskin showed what he was capable of in 2020 and the path is clear for him in 2021.

Josh Jacobs takes some hit in value due to the arrival of Kenyan Drake, however, he is still a solid option. Jacobs is a premier NFL runner and is a solid RB2 in drafts.