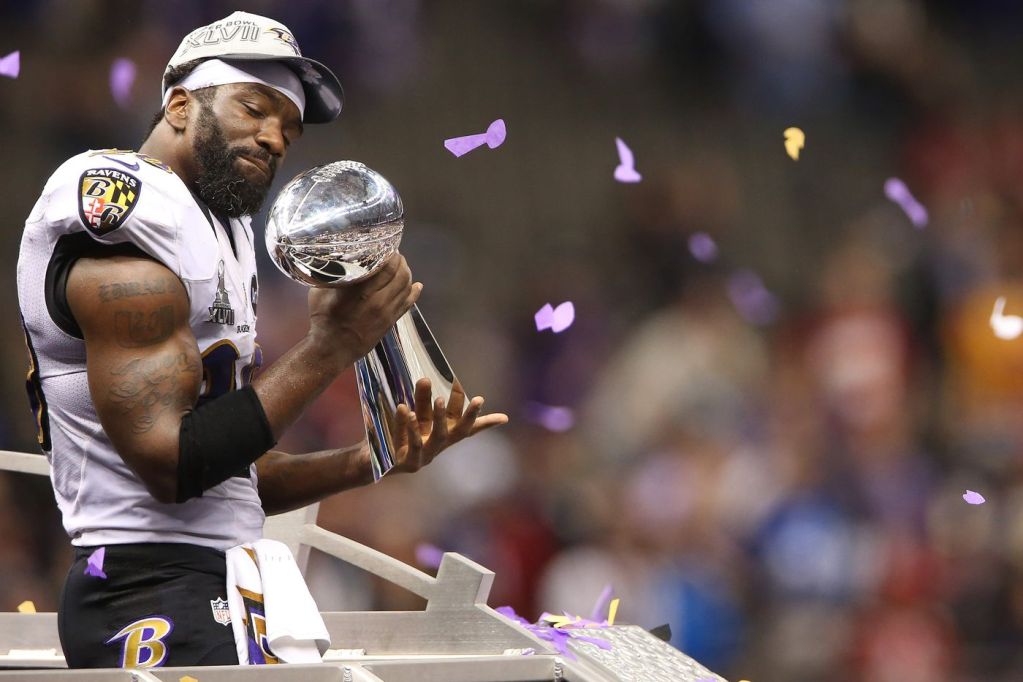 “Ed Reed really is, to me, the most complete and best safety that I’ve ever seen in the National Football League”

“Best-best safety in the history of the game. I don’t think it’s close.”

Ed Reed’s induction into the Pro Football Hall of Fame wasn’t a shock, nor was it a long time coming. He was inducted in his first year of eligibility, as (hopefully) everyone agreed he should be. From 2002-2013, Ed Reed took the position of safety and elevated it to an art form, becoming the gold standard for the classic “single high” archetype. Many would argue he was the greatest ballhawk the NFL has ever seen.

That question is harder to answer than you might realize. The NFL has changed drastically over the past seven decades, often in ways most fans don’t quite realize. Those changes alter the context in which a player plays, which in turn can drastically change a player’s legacy in the eyes of fans. This can often make comparing players across different eras extraordinarily difficult.

At first blush, the stats would indicate Ed Reed was an all-time interceptor and a worthy addition to the Hall of Fame. He’s currently in 7th place all-time in career interceptions with 64, only trailing other legends. Yet that 7th place finish also seems to indicate placing Reed on top of the proverbial mountain would be foolish. How can he be the best of all time at picking passes when he finished 7th in that mark?

So was Ed Reed the greatest ballhawk in NFL history? Yes. I believe he was, and I’d like to present my case. Before I can do that, however, we need some historical context.

When the NFL first began to play in 1922, passing was a desperation gamble, the last resort saved for the direst of circumstances. Official passing records don’t exist until 1931, but in that year, teams attempted 1,044 passes out of 4,282 total plays. That works out to 24.3 percent or less than one-quarter of all plays. This number and percentage would climb until 2015, when it reached an all-time high of 18,298 attempts in 32,973 total plays, meaning over 55 percent of all plays were passing plays. It’s hovered around that ratio since.

This transformation into a passing-oriented league is hardly news to most fans of the NFL. Passing records are seemingly set every year. Quarterbacks play longer than ever thanks to increased protection. Linebackers have grown smaller in recent years and coverage is more important than stopping the run. Armchair GMs across the world grimace when they hear “analysts” declare running backs aren’t very valuable.

This change is especially important to understand when comparing defensive backs, who are often judged by the number of interceptions they get. As passing attempts increase, so too do the opportunities for a defensive back to get a pick. This naturally means defenders of today have a massive advantage over defenders in, say, 1955. That would seem to make Ed Reed’s place at 7th all-time behind older players like Emlen Tunnell and Paul Krause even more damning.

Actually, it isn’t that simple. See, passing offenses have changed in far more than just the volume of attempts. Importantly, the type of attempts have changed as well. As any football fan knows, deeper passing attempts tend to be riskier for two main reasons. First, the longer air time offers defensive backs more time to react to the throw and make a play on it. Secondly, it’s harder to be accurate on longer throws. Quarterbacks are more likely to put the ball a few yards in the wrong direction, right into the hands of a waiting defensive back. Combining these two factors, deep passing is often fraught with danger.

That matters to us because, across NFL history, teams have been taking shorter and shorter pass attempts, which has resulted in a sharp decline in interceptions, even as the league has thrown more. Don’t just take my word for it, let’s look at the data.

That revelation, that modern defenders have it harder than previous generations, forms the basis of my argument.

Now that we’ve added the historical context, I can make my argument. My argument is that Ed Reed’s 64 interceptions from 2002-2013 are the most impressive in NFL history because they were compiled in some of the least friendly interception environments of all time.

If we accept that teams have thrown fewer interceptions as NFL history has progressed, then placing Ed Reed as the best ballhawk ever becomes a reasonable debate. But how can we prove his interception total is more impressive than, say, Paul Krause‘s 81? Reed had fewer chances, sure, and has a fantastic career total, but that doesn’t prove he was the best ever.

Any time we want to compare players across eras, we have to compare how they performed relative to their league. Throwing for 4000 yards in 1970 was astonishing; now, it’s almost expected. So how do we do that with interceptions?

The answer I’ve come to is Interception Share. Interception Share is the percentage of a team’s average interceptions an individual player accounts for. For example, if the average team had 20 interceptions in a season and an individual player on that team had 10 interceptions, he would have an interception share of 50 percent (10/20). He accounted for 50 percent of the average team’s interception total by himself. This method is helpful because it eliminates the wildly different contexts each player faced and simply asks “how good were you relative to the norms of your era?” By using this method, we can compare players across eras with much more confidence. It’s not perfect, but it’s much better than comparing raw totals.

In the interest of saving time, I’ll be focusing my efforts on the top-11 pick artists in NFL history, as rated by career interceptions. I chose the top 11 because a few players are tied and a clear top 10 isn’t possible.

My methodology is simple; first, I’ll use historical data to find out how many interceptions per season an average team would have during the years a player played. Then, I’ll multiply that value by the number of years they played to see how many total interceptions an average team would have during those years. Finally, I’ll divide the player’s career interception total by the previous value to get their interception share. After doing that for every member of the top 11, we have an ordered list of the best ballhawks in NFL history adjusted for eras.

The results are breathtaking when put into this context. Of the top 11 interceptors in NFL history, only 2 besides Reed cross the 25 percent threshold. That means only two other players in NFL history, at least among the best ballhawks in the game, have accounted for one-quarter of an average team’s production for their entire career. Given these results, it seems fair to say that crossing the 20 percent threshold cements you as an all-time great. 25 percent places you as a top-four pass thief ever. Reed towers above all competition with 33.43 percent, or over one-third of an entire average team’s production for his career.

This is a Ruthian number, a Secretariat feat; something or someone so far ahead of the field that it almost makes one think there’s been a mistake. Maybe this method overcorrects and favors new players? Paul Krause and Emlen Tunnell at 3 and 4 say otherwise. You’d expect them to be much lower if that were the case. Charles Woodson would be higher, too; he even retired after Reed. Interception Share is an imperfect method, but no quirk of methodology would create a gap this massive while bunching everyone else so tightly together. Ed Reed is further from 2nd place than 2nd is from 10th. Sharper would have needed 77 career interceptions to match Reed’s Interception Share. 77! The second-best interceptor of all time needed 14 more career interceptions, or 22 percent more, just to match Ed Reed.

I could list remarkable numbers to prove how incredible this result is for pages and pages, but I doubt that’d be interesting to read. No matter how you look at this result, it’s a powerful argument that Reed is not just the best ballhawk in NFL history, but head and shoulders above his field. A single player was worth a third of an entire team when it came to picking off passes. It’s a feat I don’t think we’ll ever see again and just one more reason why Reed is a worthy member of the Pro Football Hall of Fame.