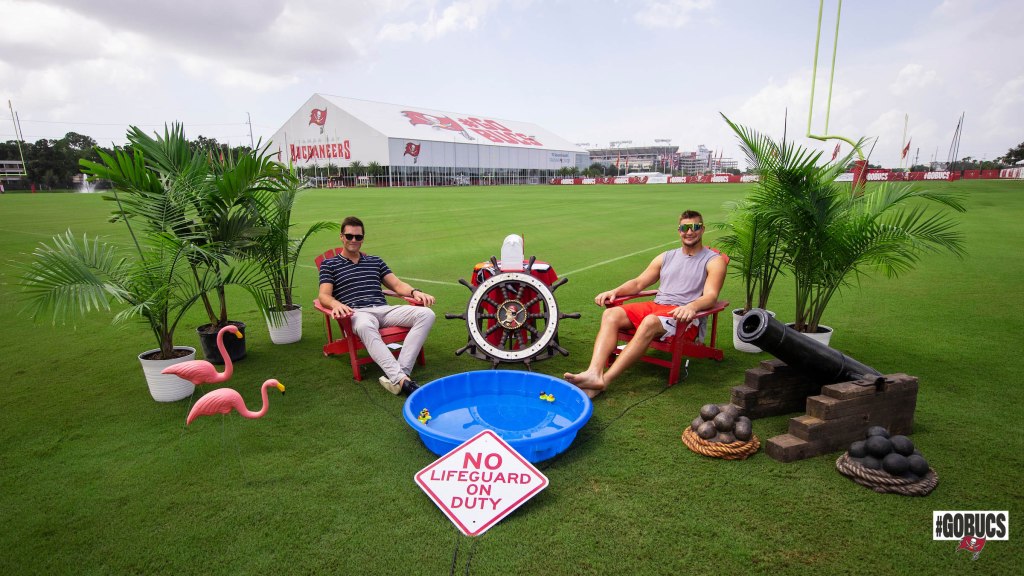 How the Bucs’ Season Outlook Improved Without Playing a Down

While Tommy and Gronky spent a rare off-Sunday kiddie-poolside, the rest of the league was busy doing them a few favors. No, the Buccaneers did not play a down this weekend, but the Bucs won the bye week. The Buccaneers’ seeding improved, and they got healthier. While other teams were fighting the war of attrition that is the NFL’s weekly punishment, Tampa Bay was finally getting some key pieces back on the field.

The offense will welcome its primary speed threat, Scotty Miller, back into the fold. The Bucs are not short on receiving threats, but Miller makes defenses respect the deep ball. His speed opens up space underneath for other receivers while also pairing nicely with Mike Evans going deep on the opposite side. In either case, Miller’s mere presence puts stress on opposing safeties.

How the Bucs Won the Bye Week Without Winning

Week 9 is what we poetically refer to as “any given Sunday.” Underdogs league-wide proved that the lines between good and bad football teams are still very thin. Parity is what drives the NFL, and this weekend it was on full display. The Bucs won the bye week because almost every projected NFC playoff team lost.

The Atlanta Falcons almost Atlanta Falcons’d themselves to a loss yesterday. Thanks to a last-minute field goal drive, the Bucs staved off the Saints’ attempt at taking the first place spot in the NFC South. The Panthers remain in the picture, but Sam Darnold’s less-than-inspiring 3 INT performance last week has the entire franchise wondering if trading for Darnold was the right move.

Most of the NFC’s top threats looked beatable at best on Sunday. Dallas and Los Angeles are both looking in the mirror this morning and asking if this past week was who they really are. The Rodgers-less Packers notched a victory against the Chiefs, but these certainly aren’t the 2019 Chiefs.

The Cardinals did manage to defeat the 49ers without their two most important players on offense. Arizona has a clear path to home-field advantage, but after a jarring loss last week, and injuries piling up, they are far from invincible.