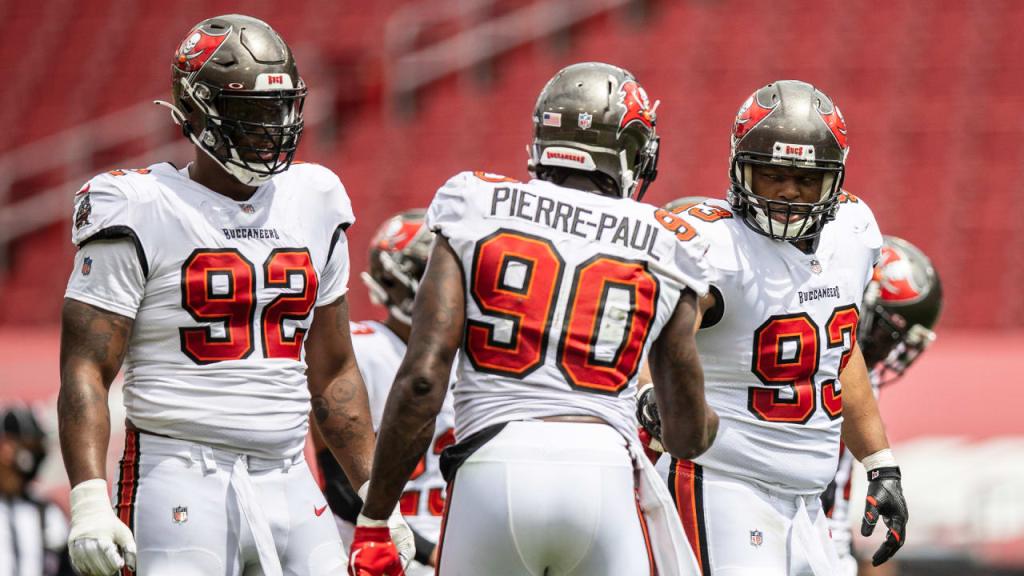 The 2022 Buccaneers retained every single starting player from the 2021 team.

This will not happen again next year.

I’m sorry, fellow Bucs fans. We’ve had far more than our fair share of good news lately. Now it’s time for some medicine. This time, it’s in the form of the 2022 Buccaneers’ salary cap predictions.

The Bucs are currently in 16th place in terms of free cap space available in 2022 with just over $23 million available. Own it’s own, this is not a terrible place to be. In a normal free agency period, $23 million could be enough to re-sign your key players and maybe even make a splash in the free agency pool.

For the 2022 Buccaneers, $23 million won’t even get them their own players.

Players We Can Assume Are Gone:

Ronald Jones OR Leonard Fournette – The Buccaneers are about as non-committal as it gets when it comes to the RB position. Think of this year as a tryout for next year’s RB. There is a much higher chance of letting both Jones and Fournette walk than there is re-signing both of them next offseason.

OJ Howard – This is the first one that really stings. The 2017 first-round selection has shown plenty of potential on his rookie contract. But, as my previous article on Howard lays out clearly, OJ simply hasn’t been healthy enough. With three out of four of his professional seasons ending on IR, OJ needs to see the field in all 16 games in 2021 to be worth taking on his next contract.

Will Gholston – I’ve been wrong about this one before. Gholston was drafted by the Bucs the same offseason as Mike Glennon (!). He has managed to find a role stuffing the run on every team since then. Next offseason, Gholston will either have to take a pay cut or find a new team.

Jordan Whitehead – Whitehead is a cap casualty expectancy due to the other players at his position already on the team. Antoine Winfield Jr. and Mike Edwards have both shown so much promise as the safety spot that Whitehead simply isn’t worth breaking the bank over.

Alex Cappa – GM Jason Licht has displayed a fondness for inserting random small-school lineman into his guard spots. Next year’s RG is going to be whichever small school lineman blows up at the Senior Bowl.

Players That Are Safe

Chris Godwin – The Buccaneers will have spent a full year in contract negotiations with the budding Penn State product by next year. All indications are that an agreement will be reached, but Godwin should take up at least $15 million of that $23 million available.

Here’s another rough part, that’s the end of the safe list.

What To Do With The Rest

By next year Robert Hainsey will have had a year of backing up Jensen at OC, or he could be the starting RG if Jensen is the one returned. Carlton Davis may be worth signing due to the value of his position, but his contract would necessitate clearing up even more cap space. If the team deems him worthy of a true CB1 contract then he’s worth making room for, but GM Jason Licht has been unafraid to draft and start rookie DBs in the past.

If I were the GM, I’d try my damnedest to free up enough space to bring back JPP. Without that vicious defensive front, there is no second Super Bowl ring. But, if Joe Tryon proves to be a legitimate starting OLB, it may be more beneficial to try and squeeze one more year out of Gronk and AB.

Truly, this is the definition of NFL first-world problems. 2021 will be the apex of this Buccaneers’ squad in terms of roster talent. There is officially zero chance that all these Buccaneers fit under the 2022 salary cap.