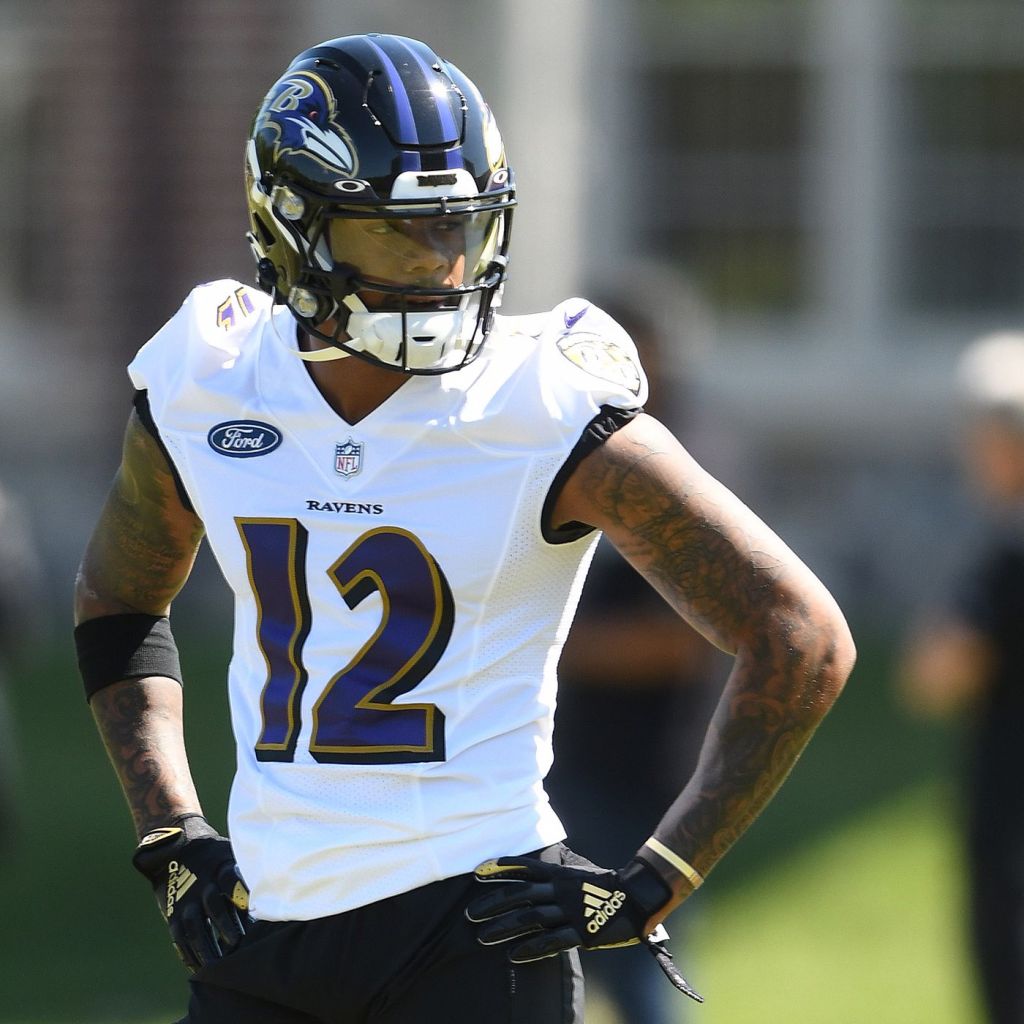 Baltimore Ravens 2021 Preview: Can They Beat the Best? 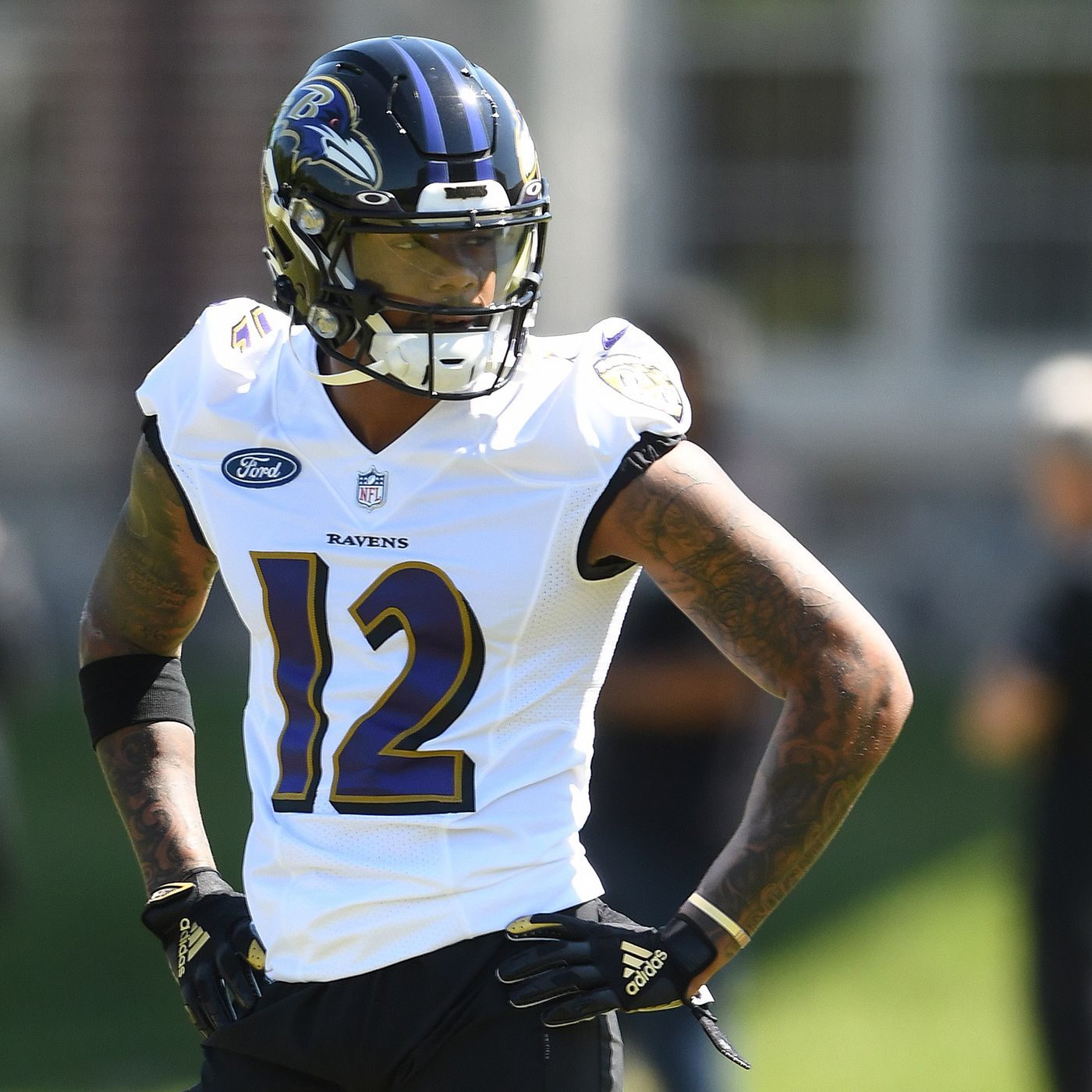 Football is just around the corner, Baltimore Ravens fans! The first game of the preseason is today, marking the first of at least 21 weeks we’ll be able to watch the Ravens play.

Last year, the Ravens struggled in seemingly every way after entering the season with Super Bowl aspirations. The passing game, rumored to be improved, fell flat all year and cost the team in the playoffs – again. The team also struggled through a massive Covid-19 outbreak and ultimately played a game with a depleted roster. There were important injuries, miscommunication on the field, and several other problems. Despite an 11-5 record and a playoff win, the season was a disappointment.

This year cause for optimism, however. The team has invested heavily in the problem areas from last year. The wide receiver and edge rusher rooms both received multiple picks in this year’s draft. They also received free agent help with the signings of Sammy Watkins and Justin Houston. Notably, the addition of respected receiver coaches Tee Martin and Keith Williams means, for the first time in franchise history, there’s optimism that our young receivers will develop. Ronnie Stanley‘s return, Kevin Zeitler‘s signing, and the drafting of Ben Cleveland could lead to a much-improved offensive line. The rest of the roster features young players on the rise as well. Will that be enough for the Baltimore Ravens to make a Super Bowl appearance, though? To get to the final dance, the Ravens will have to take on a loaded AFC conference.

Stacking Up Against the Best

The AFC has rapidly turned into a conference of heavyweight contenders all vying for the throne. Teams like the Bills, Browns, and Chiefs are all preseason favorites to make deep playoff runs. Other units, such as the Miami Dolphins and Indianapolis Colts, could also impress. How do the Ravens stack up against those teams?

It’s no secret the Kansas City Chiefs are the cream of the AFC crop. They’ve represented the conference in the past two Super Bowls and show no signs of slowing down. In particular, they seem to have the Ravens’ number in their head-to-head matchups. Lamar Jackson has yet to defeat the Chiefs in his young career.

The Chiefs roster needs little introduction; a high-powered offense led by Patrick Mahomes and a fast, aggressive defense. Both units are fantasically well-coached and both can make game-changing plays on any snap.

To beat the Chiefs, the Ravens will have to copy the performance of the Tampa Bay Buccanneers in last year’s Super Bowl. They will have to pressure Mahomes without blitzing and play sound, aggressive defense in the back seven. Meanwhile, their offense must be explosive in its own right, capable of moving the ball consistently through the air.

To their credit, the Ravens have tried to improve in both areas. Odafe Oweh and Justin Houston could greatly improve the pass rush, while Rashod Bateman and Sammy Watkins could do the same for the passing offense. Unfortunately, the Chiefs have spent every resource they could this offseason to prevent last year’s Super Bowl from happening again. An objective analysis of the matchup still favors the Chiefs until proven otherwise.

The Bills, along with the Browns, are this year’s up-and-coming AFC powerhouses. They both boast complete rosters with minimal weaknesses to exploit. Notably, the Bills handed the Ravens their playoff loss last year, while the Browns pushed the Ravens to the brink in an instant classic in week 14.

However, I don’t think the Bills or Browns present quite the same problem a team like the Chiefs does. Even though the Ravens lost to the Bills in the playoffs, much of the game was marked by the Ravens’ maddening inconsistency that covered up an overall even affair. Most promising is that the Ravens managed to mostly contain an explosive Bills offense. It was a game the Ravens could have won if they played at their usual level.

With that said, the Bills are an incredibly dangerous opponent. Josh Allen looks like the real deal and their defense likely will improve from last season thanks to the progression of young talent. I see this matchup as a toss-up, but if push came to shove, I would favor the Bills until the Ravens prove they have a decent passing attack.

Meanwhile, the Browns showed they could hang with the Ravens last year and have only gotten better in the offseason. New addition Jadeveon Clowney is a game wrecker versus the run and the offense is fully gelled to start the year. On paper, this is a team that can beat just about anyone – the only thing left to do is prove it once and for all. I think the Baltimore Ravens still have the slight edge here, but I wouldn’t be surprised if the two teams traded games.

While new teams unexpectedly rise to prominence every NFL season, the likely other contenders in the division are the Miami Dolphins, Tennessee Titans, and Indianapolis Colts.

The Dolphins are the most likely of the “other” teams to become a major power in the AFC. They have a young QB with plenty of room to grow in Tua Tagovailoa, a first-round wide receiver already turning heads in Jaylen Waddle, and a talented defense already among the NFL’s best. Right now, I would take the Baltimore Ravens over the Miami Dolphins in a hard-fought, defensive game. If Tua matures and makes the offense more explosive, the Dolphins instantly become of the best teams in the league.

The Colts are even harder to project. They have a very good defense, a talented running back, and one of the best offensive lines in the game. Like the Ravens, their only real question mark is with their passing game. Is the receiver room good enough? Is Carson Wentz a good QB? The Colts must show us some answers to these questions before we can reliably make any claims about them. Assuming Wentz is who we’ve seen the last three years, the Colts are a middling team that probably won’t make the playoffs. If he looks like 2017 Wentz, however, the Colts will challenge for a Super Bowl appearance.

Finally, the Tennessee Titans. The bad blood between the Baltimore Ravens and Titans has existed for two decades at this point, dating back to the days of Eddie George and Ray Lewis. The Titans unexpectedly dominated the Ravens in the 2019 playoffs, marking a horrible end to a storybook season for the Ravens. Last year, the Ravens returned the favor, coming away with a close but decisive victory in the Wild Card round. Both teams spent time on each others’ logos, only furthering the rivalry. The Titans have many defensive question marks, but adding Julio Jones to their offense is downright unfair. Jones plus Derrick Henry, AJ Brown, and Ryan Tannehill is probably the most explosive quartet in the game. I believe the Ravens are a slightly better team, but I also believe the Titans can beat anybody they play.

The Ravens are one of the best teams in the AFC on paper. If the changes they’ve made in the offseason bear fruit, a Super Bowl appearance is possible.

However, the team has shown a level of inconsistency that warrants caution for fans. Objectively, they still have much to prove to make before being seen as AFC Championship contenders. While they’ve clearly made attempts at those improvements, we can’t just assume the problems are gone.

My final prediction is a 12-5 record and a divisional-round exit against the Chiefs. Ideally, the Ravens’ passing attack improves enough to finally surpass the Chiefs as the best AFC team. If things go poorly, however, the Ravens will struggle just to make it to the playoffs.