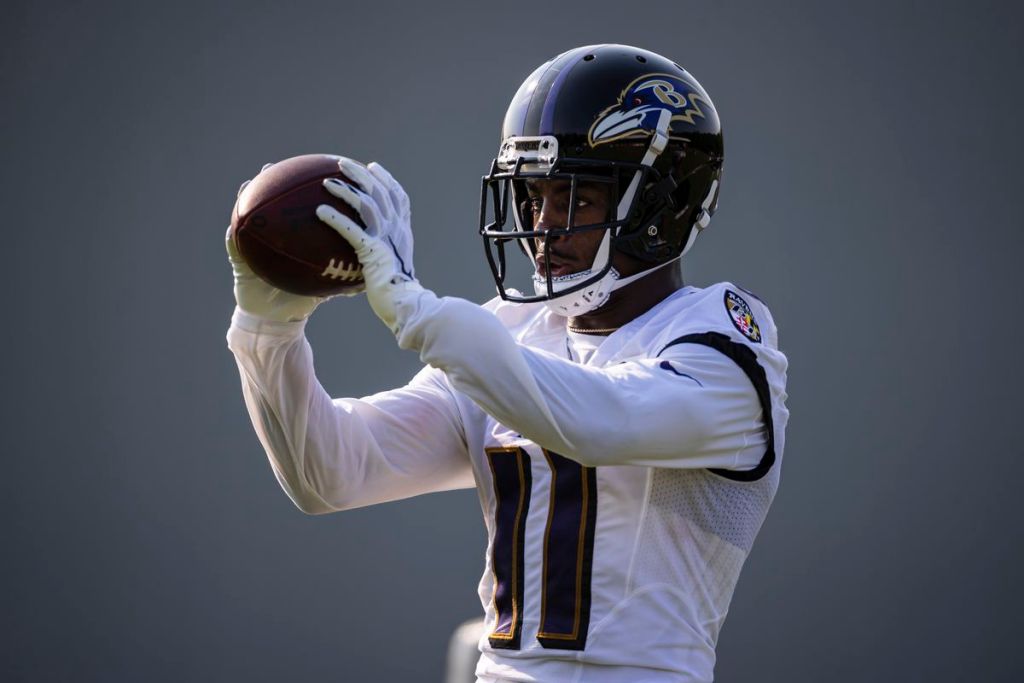 Training Camp Standouts in the AFC

Training camp is an exciting time for NFL teams and fans alike. It’s an opportunity to see which players have used their offseason wisely and how the team has progressed as a whole. Some players show up looking like entirely new people, while others stagnate without direct guidance. Of course, of all the players that improved in the offseason, some stand out among the rest. The following players are the ones making the most noise in training camp so far.

The Raiders selected Edwards with the 81st pick of the 2020 NFL Draft. He was a big-bodied outside receiver with intriguing Yards After Catch (YAC for short) potential. However, they sidelined Edwards for most of the year, leading to a disappointing stat line for the first-year wideout of 11 receptions on just 15 targets for 193 yards and a single touchdown. He struggled with an ankle injury most of the year as well, further limiting his involvement and production. In short, 2020 was a busted year for Edwards.

This year, things seem to be different. Edwards has been tearing up training camp, earning high praise from teammates with impressive contested catches. Hunter Renfrow said, “You can’t guard him when he’s locked in.” Most importantly, he’s earned the praise of his head coach and play-caller, Jon Gruden. Gruden claimed that Edwards “…looks like T.O. (Terrell Owens, pro football Hall of Famer), he looks like one of the number one wideouts in the league.”

Now hold on, Gruden. Comparing a second-year wide receiver with 11 catches to their name to Terrell Owens is clearly a step too far. However, while we shouldn’t take Gruden’s word as gospel, it’s still exciting to hear for Raiders fans. While it’s unlikely Edwards will leap from first-year disappointment to being one of the better receivers in the league in one offseason, the strong praise is encouraging and hints at a heavily increased role going into his second year. His large frame at 6’3″ and YAC potential offer a unique skillset for Jon Gruden to dial up plays for. If impressing his coach wasn’t enough, playing alongside talented players like Henry Ruggs III and Darren Waller will only help Edwards take a huge step into year 2.

Trey Smith, man. The narrative surrounding Smith heading into the 2021 NFL Draft was simple- Day one talent, undrafted medicals. Smith suffered from blood clots in his lungs not once, but twice during his career with the Tennessee Volunteers. According to Smith “That was brutal, because it was like, ‘Dang, am I going to die? Just be real. Am I going to die? What’s going on?'” After several talks with his doctors about his future playing football, Smith believed he understood any risks and that he had a future playing in the NFL.

Despite Smith’s personal confidence, it’s safe to say many teams were scared away by his medical history. He fell all the way to the 226th pick in the 6th round of the 2021 NFL Draft. Finally, the Chiefs took a chance on him. So far, the results have been outstanding. Smith has been mauling defensive linemen left and right throughout practice, turning each 1-1 session into his own personal highlight film.

Smith is a massive human, standing 6’5″ tall, weighing 321 pounds, and boasting a wingspan of 82 and 1/8 inches. That wingspan is in the 94th percentile of all offensive guards since 1999, by the way. He finished above-average in every physical drill and measurement at his pro day besides the 20-yard shuttle and 20 yard split in his 40-yard dash. In short, Smith is HUGE but lacks foot speed, hence his position of guard despite tackle measurements. Still, as his highlights show, once he gets his hands on a defensive lineman, the rep is over. Expect to see a lot of won reps in 2021 for the talented guard from Tennessee.

James Proche may not have been the most anticipated receiver entering Baltimore’s training camp this year, but he’s been playing like it. The team added several Wide Receivers through the draft and free agency to fix a major weakness on the team. Proche’s performance thus far is making a case they would have been fine solving the issue in-house.

Proche has been turning in strong practice after strong practice, making a once-close position battle with Miles Boykin into a runaway victory. In the process, his play has loudly demanded not just a roster spot, but a prominent role in the offense. He’s made impressive catches in every practice and frequently finds openings in the defense to haul in passes.

So what caused this sudden growth? Well, Proche always had incredible hands – he only had 9 drops on 456 targets in college, according to PFF. That works out to a %2.05 drop rate, good for second in the country during his time at SMU to Texas’s Devin Duvernay, now his teammate. This year, it seems he’s polished his route running, resulting in more open looks. His hands and natural ball skills also mean he can come down with a pass even when he isn’t open. The combination of consistent separation and playmaking even when covered makes him an easy player to throw to for any QB.

While Proche probably won’t see many targets this year due to the highly anticipated trio of Sammy Watkins, Rashod Bateman, and Marquise Brown taking snaps in front of him, he looks to be an excellent WR4 option.

Of course, there have been many more standouts throughout training camp. Too many to cover, in fact. If you’re interested in seeing more coverage, we have new content and team coverage coming out regularly.