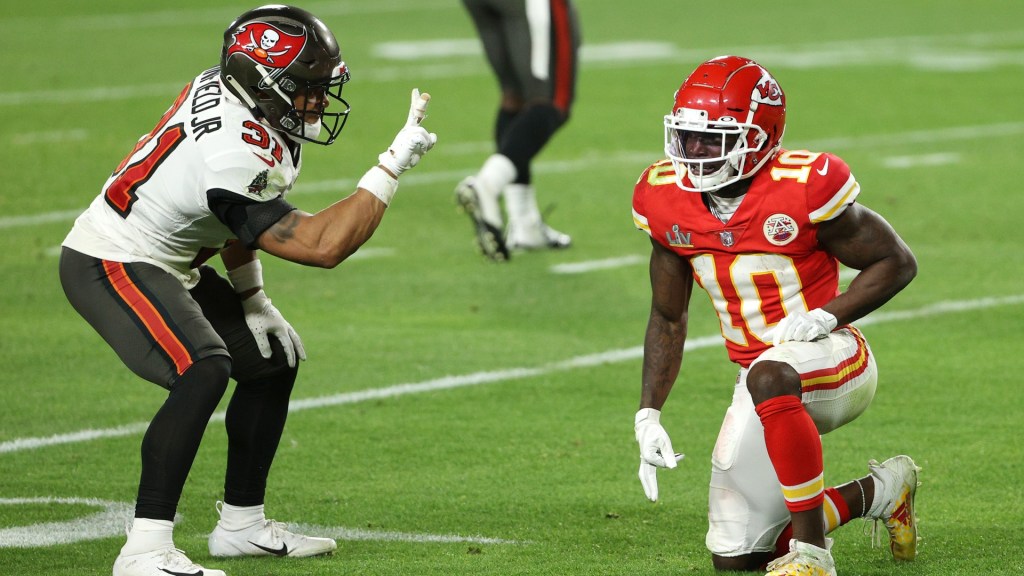 Football is here! The NFL preseason officially started last week between the Steelers and Cowboys, but most fans consider this week to be the start of football season. As we head into an exciting NFL season, the first week of preseason is rife with interesting stories to follow. Here are just a few.

Bears coach Matt Nagy recently claimed he would make sure Justin Fields receives as many reps as possible against the Miami Dolphins. This is a bold attitude for a head coach to take with his first-round quarterback but his mindset is simple. “The more reps we can get of him right now, the better.”

Of course, there are obvious concerns this mindset raises. Snaps are important for all rookies, quarterbacks especially, but risking your potential franchise quarterback’s health to prioritize snaps during a meaningless preseason game? That’s a bit more questionable.

Not all fans are happy with the decision, but Nagy isn’t bothered. In his words, “When you look at the Quarterback position, there is that balance. We’ve gotta be able to evaluate. The only way you can evaluate is running stuff you want to run.”

Translation: we don’t know what we have until the kid gets snaps, so we’re getting him as many snaps as possible.

If this storyline wasn’t juicy enough, Justin Fields has apparently been tearing training camp up. His arm talent, mobility, and accuracy are impressing everyone. If the reports are true and carry into the game, Fields might announce his NFL presence in the first action of his professional career. Certainly, something to watch.

The preseason is the first chance for fans to see the new NFL rule changes in action. It’s also a chance for NFL referees to set the tone with players, which usually leads to high penalty counts. A few years ago, the preseason was filled with flags for players lowering their heads to initiate contact. This year, we’re likely to see officials crackdown on taunting. Allegedly, NFL coaches have complained that taunting rules are almost never enforced, and they have a point. Somewhat. Taunting is more common in today’s league, but most fans seem to enjoy it.

To call this new emphasis unpopular would be…an understatement. For a brief moment, the phrase “No Fun League” was trending on Twitter when the news broke. Players, fans, and media members alike voiced their outrage at the NFL for seemingly trying to take the fun out of the game.

If history repeats itself and we see a large number of taunting penalties, it would sour the start of an otherwise promising year. Let’s watch and hope the NFL doesn’t repeat its mistakes.

Okay, this one is a bit of a cop-out, I’ll admit. But it’s still exciting! The preseason offers a chance for players fighting for a roster spot to receive major playing time over their established counterparts. As a result, every year, unknown players have the games of their life in the preseason, vaulting their names into the national spotlight for a moment.

Sometimes, these players translate their performances into grander careers. Victor Cruz notably put on an amazing display against the New York Jets his rookie year – within a few years, he was one of the best receivers in the game. Getting a glimpse at the next NFL star in the preseason is a rare treat for any NFL fan.

Other times, these players don’t amount to anything, even after their performance. Yet, in a strange way, that makes them even more captivating than the “successful” preseason superstars. Their stardom is as brief as the sport will allow; just a week, maybe two. But for that moment, their names become the discussion of media members and team fans alike. “Does so-and-so have a chance to make the roster?” “Who is this guy?” “I’ve never heard of this college before, are we sure it isn’t imaginary?”

That fleeting fame is a glory reserved exclusively for the preseason, where backups become the starters and get their chance to show the world their gifts. But it’s a pyrrhic glory for many, often highlighted against the shadow of unfulfilled dreams. The two sides of failure and success are on full display, highlighting the valleys and peaks of many young men’s lives. It’s the natural high of hope and the crushing agony of despair alike. It’s football, and it’s back.